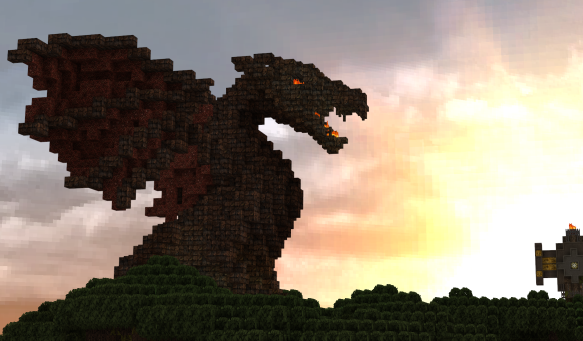 Terth, also known as the God of Darkness, Lord of Death, or sometimes Thytoth, is the primary force of evil in The Ancient Worlds. Hailing from the Nether, Terth has sought vengeance against the Mortals who breached his home. As the sole cause of most of the world’s destruction, Terth seeks to gain enough power to conquer the Ancient Worlds.

Terth’s presence is most commonly known in the form of Rifts, though he has also caused several other acts of terror against Mortals such as nether-storms. Terth has also created a portal from his own realm which caused thousands of undead minions to invade The Ancient World during the Age of Undead, and his actions indirectly caused the eternal night seen during the Age of Darkness.

Terth’s primary means of obtaining power is through siphoning the life force of Mortals after killing them (either directly or through the acts of his minions). However, claiming areas of land with Rifts and nether-storms is also known to grant Terth power. It is also believed that any evil action acted upon among the mortals is a direct tribute to Terth.

There has been much speculation as to the origins of the God of Darkness. A common belief begins with the creation of the Nether and Shaurekoth Durn, a dark plane that exists in the void. Terth was brought into existence independent of any other gods’ auspices. It was by unconscious Prayer Logic created by grieving, hatred, and greed among Mortals. He embodied all that was wrong with Free Will and Prayer Logic.

It has been theorized that near the relative end of the Ancient Reign, Terth began the War of Hate, and set his sights on conquering the Nether. He succeeded at this during the early parts of the Age of Gods, forcing all to to kneel before him, submit to his authority, and renounce all power over the Nether.

After an unknowing Mortal stepped through the first Nether Portal, Terth saw an opportunity for conquest and swore vengeance on all Mortals and other gods for trespassing in his domain. This began the first Rift.

Terth, as the embodiment of evil and lord of the Nether, thoroughly enjoys the misery of those he attacks and cheers on his armies as they defend the Rifts he generates. Ruthless, relentless, and always thirsty for power, Terth is easily angered and quick to judgement. Terth does not rest until he is driven back by Mortals in a Rift and, in theory, would expand himself indefinitely if he wasn’t fought back.

Terth’s passionate hatred for Mortals and other gods is countered by his deep concern for and just administration of his own people. Generally, all known hostile Mobs in the Ancient World serve Terth, either directly or by their actions. Terth sees himself as the sustainer, nourisher, protector, and friend of his servants.

Although it is impossible for a Mortal to “interview” a Mob and ask its opinion, due to their hostility and loyalty to Terth, the general attitude of Mobs at Rifts is one of excitement and eagerness. Morale of Mobs is extremely high and no Mob, having chosen to serve Terth, has ever defected. Mobs that consume temporal sustinence seem to be well-fed and hydrated. No known instance of slavery or involuntary servitude exists in Terth’s armies, leading to the presumption that Terth’s armies are voluntary forces.

Terth’s physical form only exists within his own realm. He merely projects a piece of his soul into the Ancient World when he invades. Terth’s power in his own realm is absolute. Even at his weakest, Terth remains supreme here.

It is extremely dangerous for a Mortal to attempt to gain access to the Nether, for to enter Terth’s realm and die would mean a total wipe from existence. Everything a Mortal has ever done will no longer have a place in the memory of the world, for Terth has claimed all that they were, now.

Terth’s anger at the Ancient World is believed to have been caused by the first Nether Portal erected in the world. Upon entry of Mortals into his realm, Terth struck back, destroyed them, and began his eternal rampage through Rifts. No Mortal that ever sets foot into Terth’s realm survives. Their existence was stolen from this mortal coil.