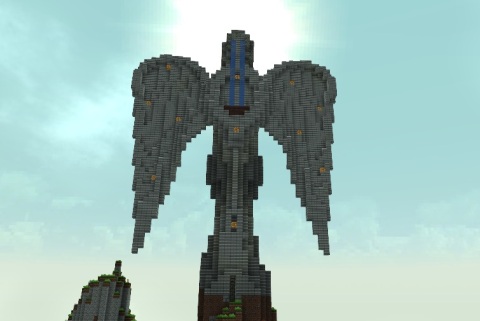 One of the more recent Gods to make an appearance – Phaelle, Goddess of Light and Courage, seeks to mend wounds of the mortals and unite them in the cause to bring down the evil that is Terth. She is impressed with self-sacrifice in the name of greater good. Mortals who show unwavering determination against the legions of terth, even when gravely underequipped or outmanned, may also earn her favor.

It is noted that she will sometimes craft items of great power, but it comes at a significant cost of her strength. If and when she gives these artifacts is up to her lightbringers and whether or not they take up arms against Terth’s followers.

Phaelle made her debut during the Age of Order. Thwarting an invasion of Freelancer Keep by foul monsters of the night sky, she announced to the realm her presence – foregoing her isolation in the hopes that together, with Vaestian, they could maintain order and peace for the foreseeable future.

Reclusive and somewhat shy, Phaelle hopes that word of her will spread from her worshippers unto others. During times of Darkness, when light is no more than a flicker in the void, she attempts to rally her followers into banding together to push back against the night. In times of peace, she is cheerful and full of kindness.

It is said that beacons, lanterns, and blocks such as Quartz are fancied by Phaelle. If manmade shrines are not working in communication, it is best to visit her Shrine on the mountains of Blue Peaks and attempt to commune with her there. Offerings are well and good, but forging strong bonds and alliances with others satisfies her the most.