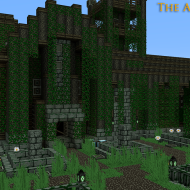 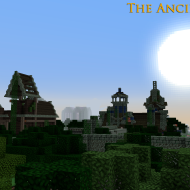 The beginnings of Voyagers Wharf were ambitious indeed. With Lord Vaestian’s promise of a new Golden Age of Law, Order, Justice, and Commerce – TAW civilization was set to see a bright future.

But things do not always go as hoped. Over time, The Lord’s City was abandoned. The cities population dissipated as it’s once would-be citizens chose a life of banditry, villainy and wilderness pillaging over Vaestians promise of a new Age of Order.

The Lords powers diminished, the Ordinators disbanded and the magical barriers that once protected Voyagers Wharf and many other locations around the world began to disintegrate. Ships that were once used for transportation raised up their sails and set off either in search of different lands or to turn to a life of piracy. And the once vibrant city fell into disarray.

The Promise of a Golden Age was over.

Thus began the Age of Ruin.

Expect some of these changes when the server relaunches next weekend;

See you all on Saturday February 22nd at 10am EST for the beginning of Age of Ruin.