Our Server Meeting for Sunday September 1st has now Concluded! Thank you to everyone who attended and participated. For those who couldn’t make it, a video recording on the event can be seen below!

Many things were discussed at our server meeting. For those interested we recommend watching the video in full. However, I have included some of the covered topics below as a recap, as well as things that we forgot to mention at the meeting. So take a look below. 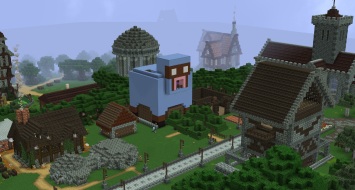 We are beginning a second round of voting for the name of our new city. Vote Now!

The first Gift, Vaestian’s Holy Lance, had a limited stock of 5 and is already Sold Out! But do not fret. There may be a small restock coming very soon. So save up your XP and stay updated on our Discord

Ordinator Laws are not to be confused with Server Rules. Ordinator Laws are RP laws that are set for citizens of the city to assist in keeping order. They do not deal with wilderness raiders, brigands, or factioners. Breaking said laws will result in fines, imprisonment, and even exile from the city.

Some of the following laws discussed so far:

Citizens are not the only ones who must follow a guideline to avoid strife. The Ordinators themselves have their own code they must adhere to when they are sworn in. The PRIMARY focus for any Ordinator (RP-Ordinator or Otherwise) are to be a helpful presence to all citizens of TAW. We don’t want to give the impression that all Ordinators do is enforce laws – laws are only enforced for the betterment of all Mortals in the interest of peacekeeping. An Ordinators day to day duties will be welcoming new arrivals, assisting them, providing conflict resolution to all and much more.

It was revealed at our Server Meeting that a new Dungeon event is currently in the works. It has not be revealed yet when this will be ready, but it is coming.

Read the teaser synopsis below;

The Ancient Worlds consists of countless worlds. Usually, these worlds exist independently of one another, their presence unnoticed by those living elsewhere. However, Terth, God of Darkness, has always put our realm, the Mortal Realm, under siege from his own. Each attack, a rift, strains the fabric that keeps worlds independent.

During the Age of Rifts 2, Terth’s final rift brought his world and ours closer than ever. Since then, strange objects and structures have begun appearing all over the Mortal Realm. Most notable are strange floating stones, each seems to whisper a coming doom, and a potential solution.

The No-Raid Grace Period for August is now over. If a faction has not yet returned for 1.14 to reclaim their base and possessions, then they are now free for the taking. They may also be converted into ruins. 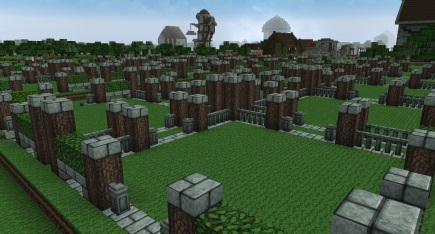 Plots are now available to rent in the new second district! Simply visit the plot of your choice and right click it’s sign to rent the plot. Each time you right click the sign you will rent an extra day, up to a maximum of 30 days at once. If you need assistance setting up your plot, reach out to an Ordinator for help. 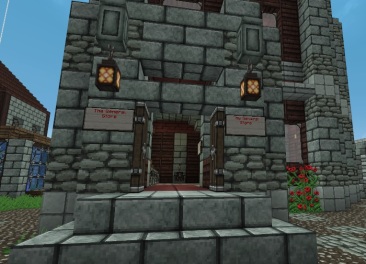 The City General Store (Admin Shop) is now open for business! Visit to buy some of your basic essentials, or trade in resources for XP.

VOTE for the world that looks the most intriguing to you! But please note that the proposed worlds below are conceptual at this stage and may differ in some ways to the released product. If you have your own ideas for a world please let us know.

Travel back to The New World the way we left it in 2015. We can revisit a snapshot of the server in it’s Minecraft Version 1.8 state, or we upgrade it to the latest version. To be determined.

The Darklands was a modded server we ran in 2014 that most TAW players never experienced. The Terrafirmacraft mod totally converts Minecraft survival into a deeper and more pure survival experience. Read more about Terrafirmacraft on it’s Wiki page

Our next Server Meeting is scheduled for Sunday September 15th, 5pm EST at our usual location at Euloria. Simply be online at this time to become a participant and contribute your ideas and concerns in an open forum. 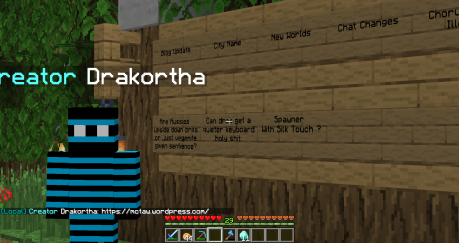 Thank you everyone for visiting!
We hope to see you soon when you Enter The Ancient Worlds
play.mctaw.net