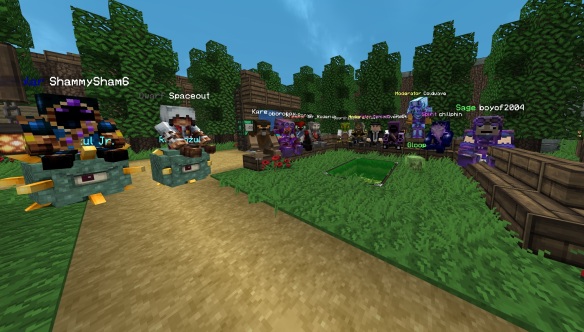 Today we held our bi-weekly server meeting at Euloria and discussed many topics regarding The Ancient World. We also had a visit from a Youtuber & Twitch Streamer. More information about that at the end of this post.

If you couldn’t make it to the meeting that’s okay because below I have provided all the important things to take away from our meeting.

A lot of work went into fixing up our biomes map wide. The biomes were fixed and were ready for the 1.14.4 launch. But mysteriously, biomes worldwide began to re-corrupt again in many areas just 2 days before the launch. This is an unfortunate occurrence and there’s nothing we can do to fix it now until our biome tools are updated. We hope that your home region is not too affected by the corruption!

A topic of discussion was the Creative World that exists on it’s own partition on the TAW server. This partition has been closed off as to provide the server with more resources for our TAW map. However, we need the Creative World up so that our staff can continue to use it to plan for future community events. The great news is we now have Bungee support – which will allow us to have a Creative World on it’s own server and link it without it taking up precious resources from TAW. We may also split this creative server into 2 separate partitions – one being for public use and the other for event staff.

It is important to note though that extra servers do increase our maintenance costs. And we haven’t yet reached our quarterly donation goal. We would like to ask that anyone who is interested in using a Creative World on our network to consider donating and helping us reach our goals.

It was debated whether or not raiding and PvP should be permitted in our new settlement area. PvP is out because the area is under a PvP safezone, so PvP isn’t actually possible. Raiding however is less predictable and requires some kind of moderation. We do not condone players going to /spawn and stealing supplies from chests that are being used to supply the multiple building projects that are on-going there. If anyone is caught stealing (and we will know, because we can check chest access history) the perpetrators will be asked to return what they stole. So, just don’t do it anyway and save us all the hassle 🙂 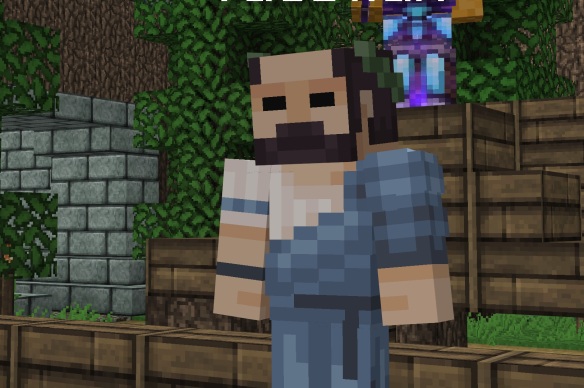 A new god for TAW has been revealed at this meeting! All that’s been revealed so far is a skin, and a name. But either of these are subject to change. Stay tuned for more updates regarding these potential new allies!

A very popular topic was what should our new currency be? Having a new currency will allow us to support other plugins on the server such as Shopchests.

Most of us agreed we should use an item that is from the new update that almost nobody has. This way when it is introduced everyone will begin with the same wealth. It was decided that Nautilus Shells will be our new currency.

There was also discussion about what sort of methods can we use for gaining this currency? This question is still on the table. Nautilus Shells can be gained through fishing in vanilla Minecraft but we’re going to need more variety than that. Expect more news to come out about currency in the following weeks as we work to answer this question!

This topic was simple! TAW no longer has a Whitelist and is open.

It was brought up that Phantoms have been a challenge for some players who are not able to sleep in beds to skip the night because of AFK players. It was suggested that a Idle Logout Timer be introduced to kick players that idle for too long. I have a few things to say about this.

So with all that said – our best suggestion to deal with the Phantom invasion is to simply stay indoors at night and wait out the night. Or gear up and fight them off. It is not impossible and the mobs are not totally unreasonable. If you remain indoors they will leave you alone. And you can always attend to other tasks such as mining or crafting. The days on TAW are twice as long as the nights so use your time outside wisely and return indoors when the sun sets.

Speaking of Phantoms.. just as we were done discussing them, we had some visitors swoop down on our meeting area!

Thanks for reading and participating! We hope to organize meetings to be a bi-weekly event. So that schedules our next server meeting for Sunday September 1st. See you all next time!

And as a special bonus.. 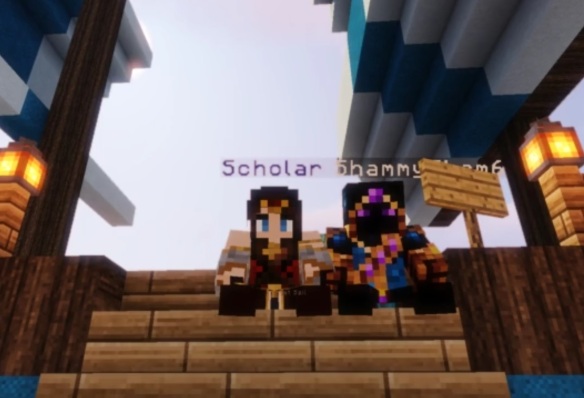 We had a visit today by well known Youtuber & Twitch streamer Tankgirl. She arrived by ship to our new settlement and was taken on a tour to some impressive locations around The Ancient World. Watch the full stream below to see for yourself!

Skip to 44:45 where the TAW portion of the stream begins.