Last night The Dark Moon rose once again on The Ancient World and with it, brought darkness, treasures, and terrible foes.

Treasures were to be found at unique locations. But not without a fight! There were many deaths.

Players faced the dangers of The Dark Moon to seek out the best treasures.

Death signs made a return on our server for this event. Surprise!

Later, a strange rift approached Beastmasters Abode. A large scale fight against the rift began in defence of the new Tavern, where a stand was made. 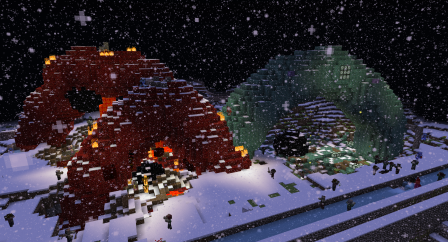 The undead hordes breached Beastmasters several times. But the mortals kept hope and fought hard to defend the sanctuary.

BONUS VIDEO! The last Skirmish at Beastmasters to clear our the remaining undead (Post-Rift)