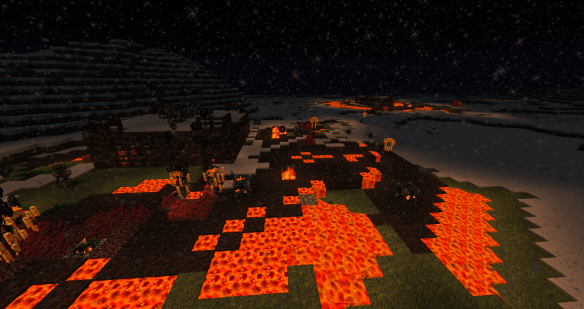 Recently, at a meeting that was called on by the Shimmermist council, it was announced that the introduction of Eulorian currency and land ownership was still out of reach for the many pockets of survivors dotted all over the landscape. The surface world is dark, and the old roads that were once well traveled are now buried under layers upon layers of frost and dust. But not all is lost, yet.

Euloria country is the heart of the world, the Ancient people & entities there form a huge part of this realm’s power against Terth. It is for this reason that he has had his eyes on Euloria and it’s people for some time, and took the necessary steps to capture and enslave many of the Ancient Eulorian’s, and lock away their power.

Lord Drak of Euloria has made it known that many of his people can still be saved, and can be found on the over-world awaiting their doom – that one opening in the vale to take them to Terth’s realm forever..

“work is needed before we see ourselves out of this darkness.. we can not help you when the world is in this state. He knows we have the power to bring back the light if we worked together, so he will continue to divide with either his darkness & army, or his radical believers.”

“these prisons need to be found, beasts slain, and my people released. Save my people, take Terth’s grasp off the mainland, then we may finally face him.”